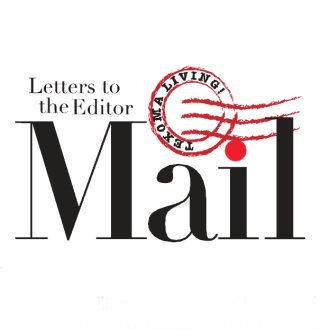 These “Letters to the Editor” appeared in the Summer 2008 issue of Texoma Living!.

I want to thank you for publishing Texoma Living!. I sell high-end real estate and have found the magazine to be one of the best marketing tools I have. So much of the time people coming here from the D/FW Metro think we live in the “boonies.” One look at Texoma Living! quickly dispels that idea.

Editor: Shouldn’t we get a little piece of each deal? Maybe a free membership to your Jack Nicholas golf course? Just an idea.

As a couple who came here two years ago from Pennsylvania, not knowing a soul in or near Denison, we think you have captured many of the things that attracted us to the Texoma community. You do a great job of telling what Texoma really is, and I congratulate you for that.