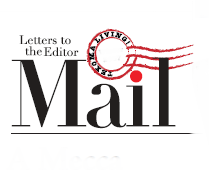 This “Letter the Editor” appeared in the Fall 2008 issue of Texoma Living!.

I was very pleased with the article on me in the Summer issue. I thought (writer) Will Watson did a super job. I have had many favorable comments on the article and also about your magazine. Your magazine gives some much needed class to the area.

Editor: Peddicord was profiled in the Summer issue for his tireless service to the City of Pottsboro in helping clean up the area’s parks and roadways.

Lions and Tigers and Bears

I bought a book off the discount rack at a local bookstore not long ago entitled Quintessence: The Quality of Having IT. On the jacket fly, the author explained the book’s purpose. “This a book about the objects of this world that transcend their form and function, that offer more to us than we ask of them—that rise above themselves to assume iconic stature.”