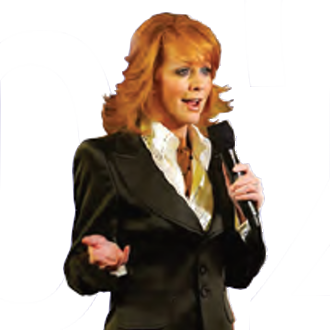 Twenty years of concerts and other charitable events have building important facilities such as Reba’s Ranch House, the Reba McEntire Center for Rehabilitation and the TMC Reba Mobile Mammography Unit.

On May 27, Reba came back again to Texoma and took the stage to support what has become an example of what can happen when people give back.

In 1987, Reba began using her name, talents and relationships to produce an annual fundraiser that has put hundreds of thousands of dollars to good work.

Many people have been responsible for the success of the Texoma Medical Center Foundation. Reba, however, has been the spark that lights the fuse. At this year’s gala at Grayson County Airport, all was right with the world and the entire event came off without a hitch.

This year, the proceeds will go toward the construction of a new Reba’s Ranch House, a home away from home for the families of patients at the new Texoma Medical Center. The new TMC will be built at Hwy 75 and Hwy 691 in Denison over the next two years.

Texoma Living! was in attendance at the pre-show sponsor party and we captured the faces of a few of the people who helped make this year’s event a great success.

Kathleen’s Kitchen on North Travis Street has become such a fixture in Sherman that it is easy to forget the restaurant hasn’t been serving strawberry salad and potato soup forever.