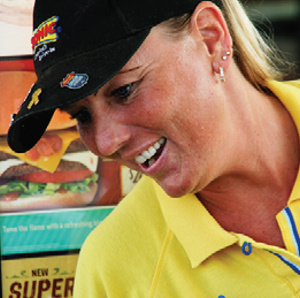 Thank you so much for including me in Texoma Living!. I’ve had wonderful response. Customers feel they know me even better and I’ve met so many more people because of the article. I had no idea how many people read the magazine.

Kim has been a carhop at Sonic Drive-In in Denison for the past 8 years. She was featured in the Fall Issue (p. 35) .