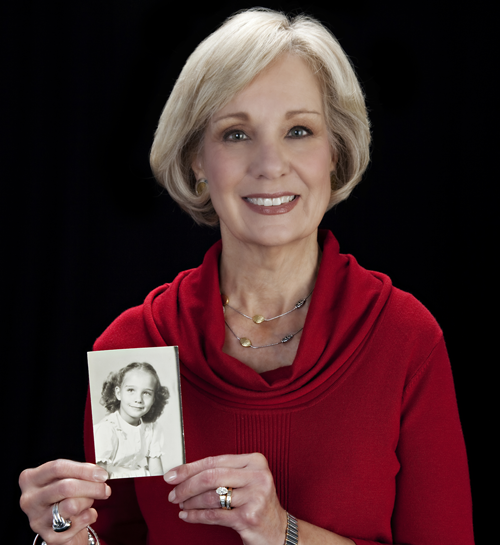 There was the Christmas of the life-size baby doll with full layette, which matched that of my baby sister, and the Christmas of the little red wheelbarrow that I had earnestly requested. A wheelbarrow? That one completely baffled my mother. I was never disappointed when I opened my eyes to see what Santa had brought, and I would clap my hands, jump up and down and squeal in delight.

Never did I doubt the certainty of Santa. Well, not until the year my heart was set on a bicycle. Today, children often start with a tricycle or two and work their way up to bigger things. They get bikes before little legs can reach the pedals, and there are training wheels for those whose balance is still developing. Not so in my childhood. A bicycle was the pinnacle of Christmas gifts at the time, a request to Santa to be made only when one was “old enough.”

Right after my eighth birthday in January, I began to long secretly for a bicycle. I watched with envy as the older kids whizzed about the neighborhood on their brightly colored beauties, with names emblazoned on the fork—Schwinn, Roadmaster, Raleigh. They were like thoroughbred horses, sleek and fast and beautiful.

I dreamed of having my own bike, but I said nothing to my parents. My birthday had passed and Christmas was months in the future. A birthday and Christmas were the only occasions worthy of such a gift. As spring turned to summer, my longing grew.

Proud owners rode their bikes furiously up and down our street, girls with hair streaming behind, pumping their little legs, and boys letting go the handlebars and whistling as they rode hands-free. Christmas never seemed so far away.

Privately, I had begun to question the reality of Santa Claus. Whispers at school, fueled by older brothers and sisters of classmates, caused me to painfully consider the possibility that Santa Claus was not real. My own observation added to my angst. The previous Christmas, while holding my newest doll, I had traced the embossed “Mattel” on her neck with my finger. Who was Mattel? Even an eight year old knew that Santa was not likely to stamp each doll with a name.

When November came, the annual gathering of friends was accompanied by a special appearance of Santa Claus. To quiet the rumors that he looked suspiciously like our neighbor, my parents carefully explained that he was actually “Santa’s helper.” Each child was encouraged to climb on his knee and make a request. When my turn came, I was uncharacteristically quiet.

“And what do you want for Christmas?” he asked.

With a voice so soft it was barely audible, I ventured, “Maybe a…a bicycle?” The response was more a question than a statement. I certainly didn’t want to seem too bold.

The remainder of November and December dragged by. My parents said nothing. My faith wavered. Christmas Eve was agonizing.

At bedtime, my mother tucked me in, kissed me, and suggested that I “get to sleep.” As I lay awake in my bed, straining to hear any sounds which might suggest the arrival of Santa, I struggled against drowsiness. I was conscious of my dad opening the door and checking on me, and then I drifted off.

Around four o’clock in the morning, I suddenly awoke. My tummy hurt. My heart beat faster. Whatever was to be would be, but I could not stand to wait until six o’clock when my sister and I could get up and go to the tree. I silently slipped out of bed. I had to know.

Tiptoeing into the room, I strained to see. It was pitch black. I held out my arms and quietly felt around the tree. My hand brushed against something large and metal. I traced the metal…into handle bars….down to pedals….over to tires…I couldn’t clap my hands, jump up and down nor squeal, but I felt pure elation. There WAS a Santa Claus, and he had brought me my heart’s desire!

I crept back to bed and waited patiently, knowing that in the morning, I would join the cavalcade of riders, hair blowing in the wind, legs pumping. Daylight revealed a glorious red and cream Columbia bicycle. It was the greatest Christmas ever.

Man Behind the Mask

The charcoal and silver reptilian patterned face mask—the Black Mamba—hides Jerry Wright’s salt and pepper goatee and ready grin. In gray sweats, sunglasses, and a black company ball cap turned backwards, the man behind the mask is the Black Mamba’s creator and CEO of Save Phace Inc, a company which produces protective face masks for all manner of sports and athletic endeavors.