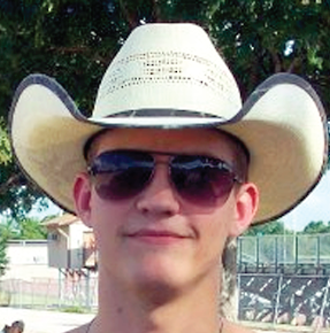 Most people know Justin Maresh as one of the young waitstaff at Angela’s Cafe, or as a promising high school and college baseball player. I know him as “Boss Maresh of Ryan Hills.” The Grayson County College student is going away to camp this summer along with his buds Brent Eubank and Patrick Erwin. The teens will be on an adventure to a wilderness fishing camp run by the Alaska Expedition Company, a Denison company that hosts pampered guests at their outpost on the Tsiu River in Alaska. The trio won’t be lounging on the cool shores of the pristine river, they will leading visitors and guests on fishing and hunting expeditions in the Alaskan wilderness.

If you’re wondering about the “Boss Maresh” reference let me explain. When I moved into the neighborhood eight years ago it was still relatively new. There were only four houses on the block with three under construction. Justin arrived at my front door that summer afternoon with his crew in tow. The oldest of the bunch at 11, Justin was up front in announcing, “these are the workers, I’m their manager. We do lawn work.” I watched them cut the first lawn of the season, bag the clippings, and clean up into the dark.

One of the great pleasures of living in a neighborhood for a long time is watching the kids grow up. It’s not hard to tell which will be the leaders, and which will be followers. And it is sometimes disappointing when a kid goes off the track and surprises everyone.

Justin is one of those young men who make you proud to recommend them. I put in a good word when the fish camp job came up and I know he’ll make me look good. I don’t know the other boys, but no doubt they are of the same cut as Justin. Dad Jason and Mom Jodi Maresh did good. What an experience for these young men. We asked the bosses at Alaska Expedition Co. to let the boys write about their adventures on our website. In between their daily duties we hope they will take the time to share their adventure with us. You can follow their trip beginning in August. Go to our home page, then at the top find the Story Blogs menu item and navigate from there.