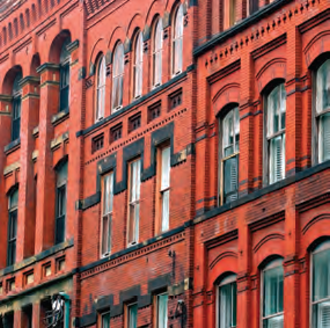 *Outrageous sensational headline designed to lure you into reading this interesting article.

On the third floor of a nondescript office building on the square in downtown Sherman, two brothers are doing their part to make sure you find Oreos on the shelf at Albertson’s. Paul Bean and his brother, Harry, get up early —really early—and start their day trying to corner the world market on edible oils. It’s not a James Bond scenario and they are not the bad guys. They are the good guys. They want to make sure that when you want a cookie, you get one. Let’s say Paul gets a serious case of flu—it would have to be serious to keep him away from his computer—there is the possibility he could disrupt the flow of Oreos in far-flung places like Des Moines and Whitewright. It’s the Bean brothers’ job to keep those edible oils pumping into factories that make all sorts of edible goods. “Theoretically, if we don’t get our job done finding, buying, and dispatching vegetable, coconut, and soy oils to Kraft manufacturing plants, there could be an interruption in the product flow,” Bean explains. The process is made more difficult because to save money most manufacturers demand “just in time” supplying. And I mean just in time. “Ideally when one tanker truck has off-loaded, another is hooking up, and on and on,” says Bean. Let’s say one of the trucks is 15-minutes late getting to the hook up. The flow stops, and eventually so does the Oreo production line. Next time you stock up on Oreos, turn towards downtown Sherman and thank your lucky stars Paul and Harry showed up for work that day.

It is the best selling cookie of the 20th Century—the Oreo—introduced by Nabisco Corp. in February 1912. The two chocolate wafers with a cream filling between became an instant hit. Over the next 90 years more than 450 billion cookies were sold. The basic Oreo remained unchanged for almost 50 years, but brand extensions began to emerge. In the mid 1970s, Oreo Double Stuf cookies were introduced. Other flavors and styles were introduced in the 80s including Mint Creme Oreo and Fudge Covered Oreo. Mini Oreos arrived in 1991 along with Oreos with creme fillings in seasonal colors, such as orange for Halloween, red for Christmas and blue for spring. Over the years the Oreo brand has been extended to pie crusts and brownies. The Oreo Chocolate Creme was introduced in 2001. Packaging went through a number of transitions, too. The most popular is an eight-ounce, resealable stand-up bag for convenient and portable snacking.