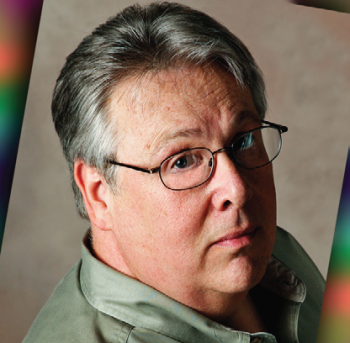 This Publisher’s Letter appeared in the Spring 2007 issue of Texoma Living!.

For Me, This Magazine is the Single Most Rewarding Business Venture Ever.

Gerard C. Eakedale said it. I’ve experienced it. Recognition is the greatest motivator. Almost from the instant the first copy of this magazine got into people’s hands on December 15, it was recognized as something to be proud of. In just the first six days we distributed by hand over 5,000 copies, and by mid-February we put 18,000 copies into circulation.

Every day since that first, we have gotten phone calls, emails and handwritten notes with nothing but positive, encouraging comments.

What a delight to be a part of something that is so widely appreciated by the people of Texoma.

From the moment we opened that first box of magazines, it was clear to all of us who worked on the project that we had created something really special. It was part long hours, part talented people, and part magic.

From the beginning, our mission has been to tell you about Texoma people and their stories. Some are extraordinary, while others are simple stories. But we promise you will meet people you know, or would like to know.

We also want to guide you to Texoma’s hidden treasures—hidden if only because you’ve not been there yet. Our tour will include places to find a good plate of food or a great bargain. More importantly, we will introduce you to the people who make these places special.

Texoma Living! is a reflection of the community’s transition from old to new. And while we always want to tell you about something new and grand, we also want to remind you of Texoma’s rich past.

Much of what we report could easily be considered trivial. Still, there are things in this world that need talking about, even if they don’t rank right up there with politics or religion—two subjects we’ll probably steer clear of.

If, like our staff, you’ve been working on a single magazine issue for 6 months, you might forget this is only our second issue. The first was published on December 15 of last year—the Winter issue.

A Change of Name and the Spring Issue

You may have noticed we’re now Texoma Living! It seemed a necessary result of our expanding our coverage area. Though it’s unlikely that we will ever become Texas Living!, Edward says, “It could happen!”

This issue is significant, as much for what we threw out as what remained on the pages. It’s interesting that in the beginning our biggest concern—aside from selling enough ads to pay for this project—was having enough story ideas. We no longer have that concern.

Sherry Christie has lived and worked in Texoma for 28 years. Long enough to feel like this is home. In our cover story Edward Southerland chronicles Christie’s rise from hard times to become a mover and a shaker in the world of doing good deeds. (Page 87) • Women love Garrett Patton. (Page 16) We think you’ll love our story about the Sherman stylist who is considered the hottest thing in hair. And you’ll meet his adorable 2-year old son, Major. • One of our writers tells how a Sherman business man did his best to find work for a family of giants. (Page 10) • If you don’t already know about Devolli’s Italian Restaurant in Denison, (page 27) you will want to make reservations for tonight when you finish reading our feature on Frank Devolli. • Spring is in the air and we are there for the first burst of color as we launch a Lawn & Garden section. (Page 37) Any serious gardener knows Gail Gilbert knows her plants and writer Jessie Gunn Stephens visits with her as the season begins. • Confused by analog vs. digital TV? Want to know why all of a sudden some of your channels have disappeared? We may not be much help in sorting it out, but we give it a heck of a try in Channel Churn (Page 69). • Few organizations require the kind of teamwork that a symphony orchestra demands. Every team has its leaders and the Sherman Symphony Orchestra is no exception. (Page 94) Symphony Solos spotlights the principal players.