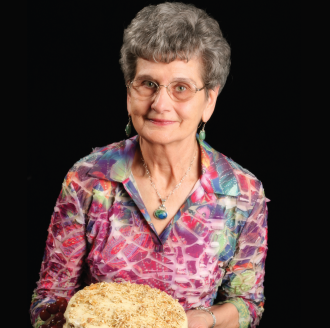 Betty Cabaniss is an Oklahoma native who has been on the Texas side of the river, in Denison, for twenty-nine years. She is active in the Parkside Baptist Church and the Denison Service League. Don’t know if she has been to Italy, but she’s got their cake down pat.

Dairy Queen is a Texas Tradition. It’s not a Texas town without one,” said Lawton Langford. He is a longtime DQ fan from Bonham, where the DQ building now stands empty. There hasn’t been a Dairy Queen in town for years.