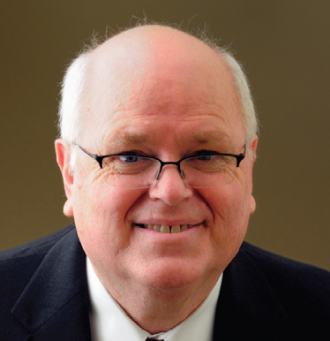 Several years ago I chaired a task force for the North Texas Annual Conference of The United Methodist Church to revitalize Sunday School, called “Sunday School Makes a Difference.” The group consisted of some of the pastors of our most influential churches and leaders of our denomination.

The question was asked, “Can you remember one sermon or even one pastor that greatly influenced you so that the sermon or pastor shaped your call to the ministry?” Everyone stumbled at their answer before finally agreeing that while a number of sermons surely contributed to their ministry, they could not recall a particular one. My follow-up question was, “Is there a Sunday School teacher who greatly influenced your life?” Every one of those church leaders could remember vividly the influence of a Sunday School teacher, or several teachers, who had made a difference in their life.

Sunday School has a rich tradition in my denomination, The United Methodist Church. Even before the Sunday School movement started, our founder, John Wesley, formed spiritual accountability groups called Holy Clubs, which practiced spiritual disciplines of prayer, study, and mutual care for one another, When Methodism came to America, the Sunday School movement was taking hold in a number of denominations, and it became an essential part of the ministry of the Methodist church.

The early Sunday School movement was started to combat illiteracy, and reading was taught so the students could read and study the Bible. That mission gave way to a broader program to give people of all ages grounding in learning based on the Bible and ways to apply what they learned to their life.

This year, First United Methodist Church in Sherman will celebrate one hundred fifty years of ministry. The church has been a great influence on the spiritual life of Sherman since the pioneer days.

As you look back at the church I serve, its growth and vitality have been tied to Sunday School. Ask people who have been in the church since they were very young and they will tell you of Sunday School teachers and fellow students who helped them develop their faith. It is true all over, not only in our area, but throughout the country. Sunday School has been the primary cornerstone of the ministry of the church.

Not only is its work to teach the Bible, but also to help develop moral decision making. People need to develop knowledge and skills of moral decision making when they are young and impressionable. The harvest of those teachings comes when one is older. Bruce Larson once said, “Believing is really about two words, ‘yes’ and ‘no.’ The skill is knowing which answer to give to which question.”

From the pulpits of churches to the halls of political power, community leaders decry the pitiful state in which we find ourselves today. If we as a people have lost our moral way, it may be due to the decline of the influence of solid moral training available in Sunday School. To recover moral courage we must take our charge to prepare people to lead, and that skill comes with a thorough knowledge of what we should say “yes” to and what we should say “no” to.

Since I entered ministry, Sunday School has changed. For years flannel boards were used to tell the sacred stories of faith. They were pretty “low tech.” Then came film strips, and we thought this would be a great draw, but we found something happening in Sunday School. Desperately we searched for ways to “tech up” Sunday School. Videos and interactive experiences were tried to rekindle interest. We were told, “People have changed.” But I don’t believe they have changed.

As important as it is, the exchange of information is not the primary work of Sunday School. It is how that information is given…by a person in whom you can sense passion for what they are doing. You can sense great teachers…not for their skills in teaching as much as for their attention to the growth of the students. No technology can create that feeling.

Sunday School’s greatest days are not behind, but ahead of it. In a world full of technology, where information is shared, not face to face, but across the screen of your Blackberry or computer screen, there is a real need to be with people and to experience real community. The symbol of where we have come is the email message, “I’m lonely and feel insignificant.” We long to have others who will listen to our story and care about us. We also long for a group that will help us grow emotionally and spiritually, a group which will be there with us, laughing together and weeping together. Sunday School is a ministry that every church can do no matter the size.

How does Sunday School make a difference here in the communities that make up our area? Most help given to others in response to tragedies or disasters comes from the response of Sunday Schools. Our Sunday Schools regularly seek ways to help others outside of our church, as I suspect is true of all churches. The leaders of our churches are selected from Sunday Schools, as are others in teaching ministries.

Several years ago, the father of a minister friend of mine died. I went to his funeral in Dallas. He had been a successful business man and lived a long life. At the funeral the minister told this man’s story. Having grown up in Oak Cliff, he made his profession of faith, asked his wife to marry him, and went off to fight in World War II. He came home to start his life again and set up an insurance business. He went to church and joined a Sunday School class.

That class stayed together more than fifty years. They helped each other as each lost loved ones. They stayed together as each got old. They grieved together, and they laughed together. When the man was very old, he went down and traded in a very good car on a new Lincoln Town Car. Why, at his age, would he want to do something like that, we thought. Why? It seemed that these class members were all older; most couldn’t drive, but he could. He wanted something comfortable to take them to the doctor in, and the Lincoln filled the bill.

He started his spiritual journey as a nominal Christian, but before it was over, under the influence of these fellow travelers in Sunday School, he became a care giver to the whole class. Sunday School makes a difference, not only in the student’s life, but in encouraging Sunday School members to make a difference in the lives of others.

From time to time we hear about a “puppy mill” being closed down. One man arrested said, “You can’t take them. Them’s my money dogs!” Texoma Living! implores you to avoid buying curbside animals and make the trip to one of the area animal shelters, instead.