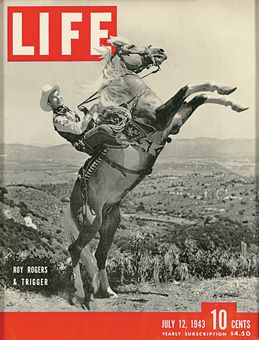 Roy Rogers‘ (1911-1998) beloved trusty steed Trigger fetched more than a quarter million dollars at a Christie’s Auction on July 14. Trigger, the King of the Cowboys’ Palomino horse was just one of nearly one thousand items put on the auction block by the Roy Rogers Family Trust.

The week before the auction, our friend George Piper sent a nostalgic email opining that the sale was a sad comment on the state of yesterday’s heroes. The sale was to liquidate the contents of the now closed Roy Rogers -Dale Evans Museum in Branson, MO. The museum closed after struggling through the down economy.

See our original story about about this auction. Click here. 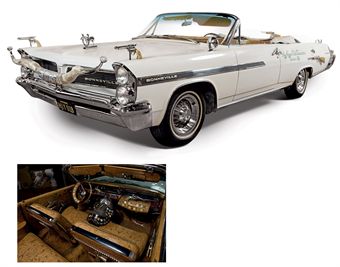 Roy Rogers, Jr. known as Dusty is the eldest natural son of Roy Rogers and Dale Evans, and one of the nine children (natural and adopted) Roy and Dale raised in their lifetime. Dusty now runs the Roy Rogers Family Trust and said his mom and dad would approve of the sale. “Closing the museum in Branson, MO was the most difficult decision for the family to make. Dad acknowledged many years ago that if the museum ever became difficult to maintain after he died, then we should let it go.”

Rogers, Jr. said that his dad understood that as his fans aged they would slowly be unable to travel to Missouri. “With the economy the way it is, and visitor traffic slowing dramatically, the expenses of operating the museum eventually outweighed the profit. Without being able to break even, we simply couldn’t support it anymore.”

The auction brought in $2.9 million including: