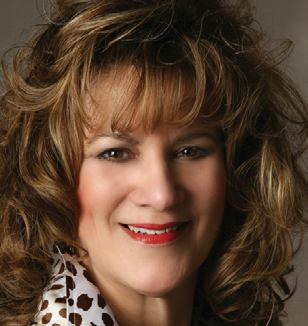 This issue’s Style section is filled with memories. In our first feature we take you inside the home of a Texoma couple whose business life took them to places far away. They met new people, experienced very different cultures, and fell in love with the art and architecture of Asia. During their travel, whenever possible, they acquired objects large and small, and stored them to be shipped back to their Texas home. For homeowners Randy and Holly, their collection became more than a few items on a shelf. In fact, many of the wonderful things they found became actual parts of their home as it was being constructed. Just beyond the entry you are faced with a massive wooden wall. It is exactly what it appears to be—a pair of palace gates. “We found these in a shop in Bangkok, Thailand, but they are Chinese,” Randy recalls. On the previous pages you’ve seen four classic cars that any man would be happy to make space for in his garage. We started our search for “cool convertibles” with Sherman’s Jim Leinart, who we imagined would have a lead on other enthusiasts like himself. A few phone calls later we had lined up Jim’s ‘65 Corvette, Richard Schell’s ‘68 Ford Mustang, Milton McAllister’s ‘56 Chevy Bel Air, and Greg Wallace’s ‘69 Chevy Camaro SS. It seemed the perfect location to photograph these wonder years classics was Watson’s Drive-In on Main Street in Denison. Finally, we visit a most unusual home. Tom and Karen Shields made their mark on Sherman with the purchase and renovation of the Steam Laundry building in the ‘90s. Their latest project: the transition of an abandoned city fire station into a stunning private residence. Enjoy and be inspired!

Randy and Holly have been back home in Sherman for a while. Randy—now retired— is no longer required to travel to faraway places for his manufacturing management job with a Fortune 50 company. “We had been in India only a few weeks when we discovered an antique dealer in the famous Malabar Hill section of Bombay. A middle-aged lady ran a shop out of her home that spread to the grounds of her modest estate. Every garage, storage area and corner was filled with wonderful delights, including an actual Gujarati (Gujarat is a state in western India) house front with elaborate carvings. It took three years to complete the purchase, but today it serves as a headboard in our master bedroom,” said Holly.

“On our first of several visits to Agra, India, home of the Taj Mahal, our guide took us to a shop that sold inlaid marble articles. As we learned on later trips, this was normal procedure, because after touring the Taj, most folks wanted to purchase an inlaid marble souvenir. It made perfect sense, as the Taj Mahal is more than a monument made of white marble. It is in fact actually inlaid with semiprecious stones. Descendants of the craftsmen who built the Taj Mahal still used their skills handed down from each generation,” said Randy.

“There were many objects made with inlaid marble designed in intricate patterns. I had my heart set on an inlaid table top, but the prices being quoted were more than I had budgeted. Back in Bombay, a Sindhi merchant we had befriended suggested he knew another merchant who had a reliable and affordable source. Before long we had contracted the project and set out to find the marble. We shipped the beautiful slab of green marble—variegated with whites and blues—to Agra through our contact. What seems like years was actually months, but soon our table was ready. It was stunning—beyond what we expected—designed to the pattern we had furnished and inlaid with lapis, coral, jade, agate, quartz and other semiprecious stone,” said Holly.

“The Taj Mahal is actually a mausoleum built under the direction of Mughal Emperor Shah Jahan in memory of his favorite wife, Mumtaz Mahal. “The Taj” is considered the finest example of Mughal architecture, a style that combines Persian, Turkish, Indian and Islamic influences. Legend has it that Shah Jahan had the marble carvers’ hands amputated upon completion of the project so that they could not duplicate the beauty of the mausoleum,” said Holly.

“On one of our many trips to Hong Kong, we visited the state-owned Chinese Arts & Crafts Emporium. This is no Canton Trade Days. Since World War II Hong Kong has been the gateway to China, and the Emporium had been one of the only ways to put your hands on the wonders of Mainland China. A multi-storied department store with several locations in Hong Kong, the Emporium holds many treasures. As we moved from floor to floor and aisle to aisle, we soon came upon an elaborate ceremonial sleeveless robe— magnificently ornate. We glanced at the tag and knew instantly something was not right. The price was drastically low. A nearby sales clerk seemed embarrassed and asked us to please wait while she consulted her manager,” said Holly.

“Of course, we knew the robe was incorrectly priced. The manager arrived, looked at the tag, looked at us, looked at the sales clerk, looked at his feet, and left us standing there while he took the robe to the Store Manager. Remember, we knew the price was wrong, but we decided to play it out and see what might happen. Meanwhile, customers came and went from the sales desk while we patiently waited for the obvious decision. Upon his return, the floor manager politely told us the robe was ours to purchase at the price on the tag because it was their error, not ours and telling us we could not have it at the price marked would have caused him to ‘lose face,’ a serious matter in the Asian culture. The robe hangs on a main wall in our home as a reminder of the dignity and humility of the Asian culture.”