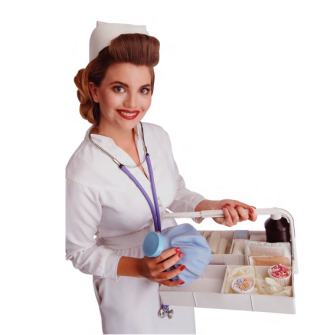 Summer time and the living is—well it’s a little risky. Back yard barbecues, camping trips, weed whacking, and weekend honey-do lists are some of the reasons for an increase in emergency room visits physicians say begins in the springtime.

Long before getting patched up was as easy as a drive to see the doc, our tough-as-nails predecessors had their own, sometimes questionable, remedies for things that still plague us. We suggest that you completely ignore the advice that follows. Read on and be thankful for walk-in clinics!

Sunburn: To prevent, spit into an anthill, hold your hands above it; then rub your face with your hands. If done in the spring, this will prevent sunburn. If that wasn’t done and you’re burned, rub buttermilk or manure on the affected areas. Snake bite: Rub the wound with honey and tobacco; then have three bees sting the wound. Bee Stings: Grind peach seeds to a powder, mix with flour dough and honey, place on stings. Scorpion Stings: Crush the scorpion and apply to the wound. You can also eat a broiled scorpion. Poison Ivy: Eat three Poison Ivy leaves and you’ll never have it on your back. Bathing in water in which babies have been steeped can also prevent Poison Ivy, as well as Poison Oak. If not done and you’re afflicted, rub with gunpowder. Mosquito Bites: Rub with smashed beetle bugs. Chiggers: Daub the affected areas with clear nail polish. Or, you can rub the area with tobacco juice. Prickly Heat: Wipe a diaper soiled with baby’s urine on the rash and it will go away. Crushed scorpions, poison ivy leaves, baby’s urine, and gun powder. They sound more like ingredients for a witch’s brew than cures for summer time maladies.

Note: It’s a crying shame that we must include this disclaimer following an article that is clearly not intended to be taken seriously. The fact is, if we don’t tell you straight up that the suggested remedies on this page are anything but—actually suggested by us or anyone else who actually knows what they are talking about—we might be liable for your emergency room bill.

Don’t Try to Catch the Snake

Doctor Michelle Carr, a family practitioner with Texoma Care, found Nurse Betty’s folk remedies interesting, but not such good ideas. She warned that some suggestions could cause more damage then the problems they are supposed to alleviate. “Eating poison ivy leaves is dangerous,” Dr. Carr said. “People are sensitive to the oil of the plant. If they’re around when someone burns the leaves, they can have lung problems. If they were to eat it, they could, theoretically, have trouble with the mouth and intestinal tract.”

Here are the doc’s recommendations for some summertime afflictions.

Sunburn: To prevent, wear plenty of sunscreen and stay out of the sun during the hottest part of the day. Dermatologists recommend using sunscreen with an SPF of at least 15. “For kids under three months it’s best to avoid sunscreen and keep them out of the sun or completely covered,” Carr said. “Younger children are more susceptible to absorbing chemicals through their skin. If you’re sunburned, apply aloe vera lotion and keep hydrated.”

Insect Stings and Bites: “Be proactive. Adults can use bug spray with deet in it; for younger children, spray it on their clothes,” said Dr. Carr. “If you’re bitten or stung, make sure the stinger is no longer in your skin, and apply a mixture of baking soda and water to the area. If it itches, apply Cortaid.”

Scrape the stinger away in a side-to-side motion with a credit card or fingernail. Pulling the stinger or using tweezers may push more venom into the skin. For any bug bite or sting, ice or a cold compress and OTC pain-relieving creams or oral medications can help.

Poison Ivy: “The thing about poison ivy,” Carr says, “Is once you’ve taken a bath and washed the oil from the plant off your skin, it isn’t contagious. Use Benadryl, a hydro-cortisone cream or steroid cream to ease the itching.”

Rashes from poison ivy, oak, or sumac are all caused by urushiol, a substance in the sap of the plants. Poison plant rashes can’t be spread from person to person, but it’s possible to pick up a rash from urushiol that sticks to clothing, tools, balls, and pets.

If you know you will be working around poison ivy, wear long pants, long sleeves, boots, and gloves.

Hikers, emergency workers, and others who have a difficult time avoiding poison ivy may benefit from a product called Ivy Block, made by EnviroDerm Pharmaceuticals Inc., of Louisville, Ky. It’s the only FDA-approved product for preventing or reducing the severity of rashes from poison ivy, oak, or sumac. The OTC lotion contains bentoquatam, a substance that forms a clay-like coating on the skin.

If you come into contact with poison ivy, oak, or sumac, wash the skin in cool water as soon as possible to prevent the spread of urushiol. If you get a rash,  oatmeal baths and calamine lotion candry up blisters and bring relief from itching. Treatment may include OTC or prescription corticosteroids and antihistamines. 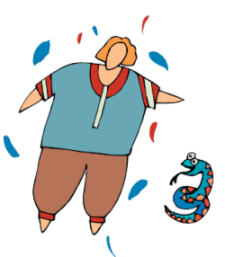 Snake Bites: “Don’t try to catch the snake. Remember what it looks like and go to the ER,” she says. “If it’s venomous, you’re going to have to be treated, evaluated, and possibly be given antivenom.”

Heat Rash: “As for baby urine, I don’t recommend it,” said the doctor. “If it itches take Benadryl or use Cortaid. You could even do an oatmeal bath.” (Oatmeal baths are pre-packaged treatments used to treat insect bites, poison ivy, and poison oak. They are available at most drugstores.)

And what about treatment for those pesky chiggers? “I put nail polish on them. It looks weird but tends to be effective,” said the doctor. Nail polish—Grandma would love that.

Hospital emergency rooms are kept busy during this holiday because many parents do not realize—until it is too late—just how dangerous fireworks can be.

There are many different varieties of fireworks, but the most common injury-causing types are firecrackers, sparklers, bottle rockets, and Roman candles.

Fireworks’ injuries range in severity from burned fingers and lacerations to serious disability and permanent loss of vision. Most injuries are to the eyes, hands, fingers and face. Some experience persistent hearing loss—what?—or tingling in the ears because of the sound made by the nearby explosions.

Fireworks are not toys—they are dangerous and unpredictable explosive devices. Sparklers, considered by many to be “safe”, burn at very high temperatures and can easily ignite clothing, especially light summer nightgowns and pajamas. People are often fascinated by the sparkler’s light and do not appreciate the danger. Furthermore, you may not be able to act appropriately in case of an emergency.

– Fireworks should always be treated with respect and you should not drink alcohol when using them. Responsible people do not run or engage in horseplay while fireworks are being used.

– Before using any fireworks, you should read all warning instructions and follow them closely.

– Fireworks should only be used outdoors in a clear area away from houses, buildings, cars and flammable materials (gasoline cans, etc.)

– A bucket of water, hose or fire extinguisher should be kept nearby for emergencies and to douse fireworks that do not ignite. Never use fireworks during dry spells when grass can ignite.

– If fireworks malfunction, douse them with water immediately and then throw them away. Do not try to re-light them.

– Always place fireworks on solid, level ground and use long, fireplace-style matches when lighting them. Everyone should keep their head as far from the fuse as possible.

– Never throw firecrackers at a person or animal.

– Do not ignite fireworks in a container, especially one made of glass or metal.

– After using fireworks, do not keep extras around the house for next year’s celebration.

Finally, one more tip: Don’t take a giant firecracker and stuff it into the end of a metal swingset where a nest of yellow jackets is spending the summer. It could make them very angry and they might chase you all the way into the house—stinging you multiple times along the way. Not that I know a 8-year old who actually did that.

Let’s say you completely ignore all of our advice and find yourself in an emergency situation. A little advance preparation can help if you have to deal with a medical emergency. You should have a list of important phone numbers handy and ready for use, including the number of your physician.

You should also keep a list of all your medications and dosages, allergies, insurance information, any pre-existing medical conditions and family contacts. This information should be kept in a purse or wallet or some place that can easily be found by emergency personnel should you be incapacitated or just too darn cranky because you don’t feel good. This may save you a lot of time as you can quickly and easily provide answers to many important questions.

If you go to an emergency room, be prepared to wait because someone else may be in worse shape. You will usually see a triage nurse first who will do a quick exam and assist the physician in deciding how quickly you need to be treated. Some emergency rooms have physical therapists available. Physical therapists specialize in examination and treatment of musculo-skeletal or movement problems and may be able to provide you with conservative pain relief treatments. However, you may need other tests and you may need to wait for the results. You might need to see a different specialist who may take some time to arrive. Finally, there can be delays just to make all the necessary arrangements if you need to be admitted to an inpatient hospital setting.

Hopefully, you’ll never see the inside of an emergency room, but it is best to be prepared if the need arises. Have a safe summer!