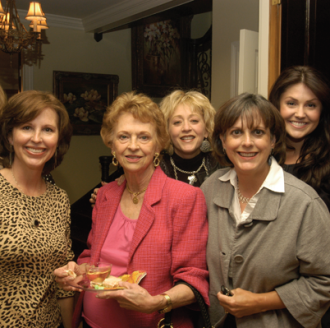 The tea was held on October 22 at the home of Daresa and Jason Sofey in Sherman. The Sofey home was featured in the Fall ‘08 issue of Texoma Living!.

If you are looking for a Texas symbol as big as the state itself, consider the longhorns. They evolved from cattle brought to the Americas from the Canary Islands by Spanish explorers in the late 1400s and early 1500s. By the early 1800s wild longhorn cattle were common throughout Texas.