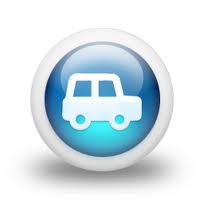 The federal highway system built to crisscross the United States in the late 1950s also crossed state, county and municipal boundaries, creating intersections that fell under more than one jurisdiction. Sometimes there was confusion over which government (city, state, federal) was responsible for maintenance and improvements. So in 1962, Congress created Metropolitan Planning Organizations (MPOs) for any urbanized area with a population greater than 50,000.

Each MPO had to set up an inter-governmental committee to allocate federal and other funds related to transportation, plan for improvements necessary to support future growth, and foster regional cooperation.

Because federal monies were funneled through state highway departments, these departments often ignored the advice of local MPOs. In 1991, the U.S. Congress passed a measure with the pompous-sounding name of Intermodal Surface Transportation Efficiency Act (ISTEA) that gave federal funding directly to the MPOs, requiring the state transportation boards to take them seriously.

This changed the face of several operating MPOs and started new ones. Large cities such as Dallas and Fort Worth combined to form one regional MPO. Houston and Galveston formed another. Many smaller cities or entire counties followed suit. Sherman, Denison, Van Alstyne, Howe, Gunter, Knollwood, Pottsboro, and certain other parts of Grayson County formed the Sherman-Denison MPO.  It covers a corridor east to west from US 75 to TX 289 and runs from Van Alstyne in the south to Pottsboro in the north. Every five years each MPO publishes for its region a transportation plan that looks twenty-five years into the future.

In addition to FM 691 improvements, the Sherman-Denison MPO has scheduled a ramp reversal for February 2010, at US 75 and US 82 where Wal-Mart customers exit into the path of traffic coming off US 75. Overpasses are scheduled for improvement at US 82 and FM 1417 and at US 82 and FM 131 (Travis Street) in August of 2010.

Other duties of the MPO include urban transit planning, such as the TAPS system, and evaluation of projects in accordance with clean air, energy conservation, and social equity.