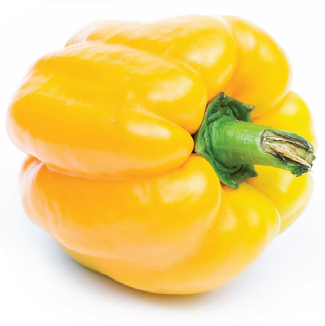 You can grow an astounding array of flowers, vegetables and herbs from seeds right here in Texomaland, if you just don’t let the instructions on the seed packets intimidate you.

I used to think I was supposed to do that—start seeds indoors. Eventually, I figured out those directions were not aimed at me. They’re meant for polar bears and penguins, people who garden in the far reaches of the north, like Pennsylvania and Vermont. The part that’s meant for me—and you and other Texoma gardeners—is the next part: “Or sow direct after danger of frost is past.”

In Texas, no one knows for sure when winter will be well and truly over. In Vermont, it’s probably sometime in June. But around here, gardeners can  count on about 230 growing days a year, so by mid-March, most of us are ready to take the plunge. By then, those sunflower seeds can be planted right into their prepared beds in your yard, alongside the lettuce, radish, spinach, turnip, and mustard already sown there. In another week, you can add black-eyed peas and peppers of various kinds, as well as flowers without number.

Why think about planting flowers and vegetables now, in the Dead of Winter?

Because if you are going to grow that astounding array we spoke of, you are going to need seeds, and you’ll have to hit the stores in January and February to find the best selections. Wait until mid-March and all but the most exotic or esoteric varieties will have vanished from retail shelves. So, make a list now of the seeds you’ll want to buy and hoard until the time comes to lay them to rest in the warming soil—a list of vegetables and flowers that will grow readily from seeds planted in prepared beds.

By prepared, I mean weed and grass-free, soil turned to at least eight inches and amended with a good dose of compost, the surface smoothed with a rake, so seeds can get a purchase on the soil, and a good supply of moisture while they germinate and settle in.

If you decide you like the taste of fresh vegetables, think about planting a second time in late summer for a fall harvest.

What about tomatoes? Some people do, indeed grow tomatoes from seed, but to do so, they must start them indoors in January. That’s a whole different story. I buy my tomato plants as four-inch transplants in March or April.

If you love flowers, but cower at the thought of buying them in high-priced bedding containers, seeds are your answer. Some of the most beautiful and long-blooming annuals grow readily from the seeds you sow into prepared beds in your yard.

From October through December, sow these seeds for spring bloom: calendula, larkspur, petunia, poppy, and viola.

Some folks say that you can tell a lot about a man by his shoes. If true, Naif Risk’s shoes, sturdy, dependable and well maintained, declare him an amiable man with a can-do attitude. His father’s shoes would say the same, as would have his grandfather’s. All three generations of Risk men have shaped the success of one of Sherman’s oldest businesses with their skill and congeniality.