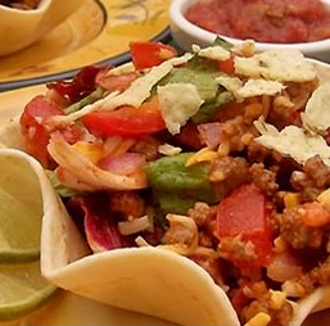 This article appeared in the Winter 2008 issue of Texoma Living!

Heading northbound on U.S. 75 in Denison, just before the exit for FM 120, the Garcia’s Restaurant sign sits atop the oil derrick as a reminder of just how risky the food business can be. Not that many years ago the seemingly prime location was home to Harper’s, a steak and potato place. When Sherman Town Center’s restaurant row began to develop, Harpers fell on hard times and eventually became Bayou Daddy’s.

The investment of tens of thousands of dollars in neon and signs didn’t help overcome several false starts and ordinary food. The location sat empty for several months before Garcia’s moved from Austin Avenue (old Hwy 75) to see if Mexican food could do the turnaround trick. It couldn’t, and the place has been shuttered again.

In its heyday, Garcia’s was a popular family meeting place. Owner Kent Boyett sold the restaurant in 2003. Talk about timing. Boyett is back in the sit-down food business with the opening in 2008 of Kent’s Tex-Mex—in the same location where he started the original Garcia’s 19 years ago. The nondescript building on Woodlawn Avenue (not Armstrong as some assume) is spacious and simple. It was from this location, in 1996, that Boyett expanded Garcia’s to the now shambles of a baby blue building on Austin Avenue.