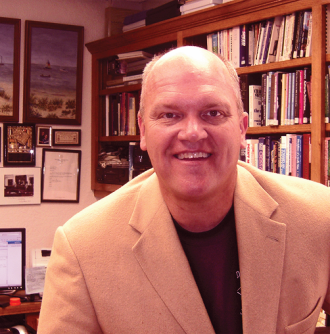 “Would you like a cup of tea, pastor?” The very question made me a little uncomfortable. I drink hot tea occasionally, but not usually with a group of finely dressed women, softly clacking their china cups and saucers together, smearing a slightly different lipstick color on each rim, hair perfectly coiffured, fragrances wafting through the air, a tin of cookies on the table. If you know me at all, you know that I’m more of a Diet Coke, meat and potatoes, camo sweatshirt kind of guy, and let’s just say, in all politeness, when I was invited to the Ladies Sunday School Class afternoon tea, I went, dutifully, and I love those ladies sincerely, but I felt, well, out of place.

In a nation becoming more and more divided, with a culture becoming less and less sensitive morally, seemingly less godly and sometimes less spiritually inclined, Christian faith, while still invited to certain special occasions, searches these days to find its place. Is this a “Christian Nation,” with faith welcomed in the public square and in the marketplace? Do we still want to hear from the Bible in the school house, and the court house, or only in the church house?be

Views abounded on this subject at a meeting for pastors held recently in Austin by the “Restoration Project.” In attendance were the governor and other notable voices including Kelly Shackleford, David Barton and former presidential candidate Mike Huckabee. An unmistakable message came through. While many different religions in America make a contribution, and all should be respected, the heritage of Christianity as the founding cornerstone of the strength of this nation cannot be denied. David Barton, whom Mike Huckabee introduced as the nation’s “foremost historian,” regaled with numerous accounts of men like the Rev. Dr. Jonathan Mayhew, Samuel Cooper, and George Whitfield, among many others, whose messages over many years shaped the thinking of their culture and whose language eventually became the vocabulary of our Declaration of Independence. British editorialists quickly dismissed now cherished phrases as absurd thoughts, notions like “All men are created equal,” and “endowed by their Creator with certain inalienable rights.” “Of course men are not created equal” they huffed, and “it is government, not God, who gives rights to men.” The Brits were so incensed at the American clergy for stirring people up with the passions of liberty they called them “the black regiment”—a chilling reference to the pulpit robes. Barton (www.wallbuilders.com) expertly chronicled the patriotism that rose out of a very prominent place for faith in public life.

America desperately needs the “black regiment” to return and raise the influence of the preacher in the pulpit and the listener in the pew to the level it once employed. Pastors must lovingly and courageously challenge the people of this great nation to remember again (in the words of Alexis DeToqueville) we are “great because we are good, and if we cease to be good, we will cease to be great.”

I couldn’t help but be moved last week by the testimony of Governor Rick Perry, who recounted the numerous examples of church groups from all over America who had rushed recently to the Gulf Coast to offer help. He curiously stated that in the food lines he found “no atheists.” He made his implication crystal clear by stating, “If the church is called on in times of tragedy, they should also be given a seat at the table of public discussion.” Governor Perry seems to strongly believe faith still has a place in public life.

I listened carefully as Mike Huckabee described what he calls “Easter and Christmas” politics where certain advantageous moments give a place to faith, a place which diminishes until “the next political Thanksgiving.” He seems to think faith has a more important place than that which photo opportunities afford.

While we honor and respect people of all faiths, or of no faith, let us remember and make no apology that this nation was founded out of the overwhelming majority of the strength and influence of the Christian faith. When storm winds blow, and in happier times of work and responsibility, the challenges of everyday life create a hunger for fulfillment that can only be satisfied in a love relationship with our Creator. There is a place for faith. And what is that place? Some want faith to stay inside church buildings. That’s not my cup of tea. With no distinction between sacred and secular, the Bible simply and eloquently says, “The Earth is the Lord’s.” The whole Earth, yes even the whole universe and beyond, is the proper place for faith.

“There is a passage in the Talmud that I think about a lot,” said Marjorie Hass. “It says that you should have a piece of paper that on one side says ‘I am but dust and ashes,’ and on the other side it says, ‘The whole world was created for my sake.’ The trick in life is to know when to turn the piece of paper over and look at the other side. Anytime you have a position that has this much responsibility and this much privilege, you have to live like that.”