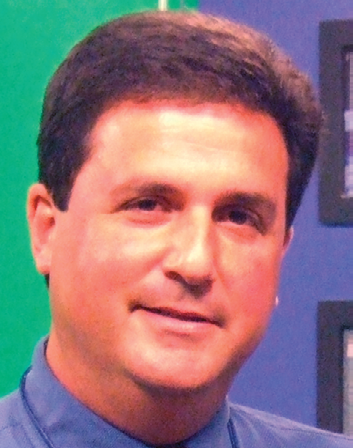 From 1989 to 2003, Gary DiBello was as much a part of the morning routine in Texoma as a cup of coffee. He was a morning fixture as host of “Mornin’ Cup” on KTEN-TV Channel 10.

DiBello joined KTEN in 1989 as a weekend anchor. Soon, the station bosses set him to work creating a local morning show. In short order, the station’s viewers were “Waking Up with Gary.”

DiBello made the show a hit, and management decided to let him tweak it as he saw fit. The result was “Mornin’ Cup,” which became a community scrapbook of sorts, focusing on positive local stories. “One of the best-remembered features was the daily birthday photos and drawings sent in by children.” DiBello said.

In 2003, after 14 years of early mornings, DiBello stepped off camera and into sales as an account manager. He writes his own commercials and says that having so much input into the finished product helps satisfy his creative side.

Some pundit on radio had the nerve to say that American workers must be more productive if we are going to get this nation back on its feet. Exactly what does that mean? I’m obviously clueless as to how much can actually be done in a typical 10-12 hour day. By the time I head home in the evening my mind is ready to explode. How about you?