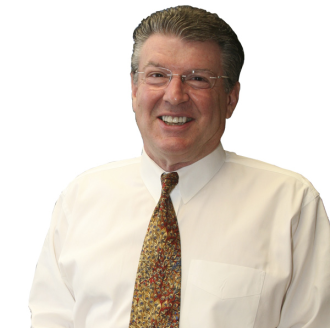 by Dara McCoy with photos by Alton Lynch

The week is CIS Week or Customer Information Systems Week. It is one of the biggest conferences in the utility industry. Anywhere from 1,300 to 1,500 mid-level managers and employees from the gas, water and electric utility industries attend to learn about software programs that manage their customer relationships.

These software programs assist the utilities in everything from meter reading and billing to managing the call center when customers have service interruption, like a power outage, or need additional services for a new pool. “All the business activities necessary in a utility providing service to customers — that’s what we cover,” said Duvall. “There are all kinds of different software applications, consultants and trainers that work in our little niche of the world and that’s what our conference covers.”

Though the conference may only be one week, the six full-time employees at CIS Conference’s offices in Sherman work year round to pull it off without a hitch. “We really only get the opportunity to do our job one week a year,” Duvall said. “If we mess up or something goes bad, we can’t fix it for another year.”

Getting Into the Business

Duvall is a Dallas native who went to work straight out of high school into what was a new field in the 1960s—computers. Picking up the know-how through on-the-job training, Duvall worked as a computer programmer and systems analyst for 10 years.

After a while, he transferred into the marketing division of his company, selling its own customer information software, first to the medical industry, and then to utilities. He became a road warrior, attending conferences around the country to peddle his company’s software.

His travel schedule led him annually to the CIS Conference, which at the time was managed by a volunteer board. It was Duvall’s reputation for “throwing the biggest parties” while representing his company at the CIS Conference that eventually led to the CEO role at CIS he’s held for 15 years.

“The conference had grown to the point that a volunteer committee couldn’t run it anymore,” said Duvall. “They started looking for someone to take over on a full-time basis and asked me.” Duvall was tired of life on the road, and he eagerly accepted the opportunity for a change of pace.

One of the Biggest “Parties” in Utility Industry

Duvall’s reputation for throwing parties didn’t stem from a party animal personality. He was hired for his ability to create an environment that fosters relationships.

“The thing that makes us unique is, that when we say ‘throw a party,’ it’s really a networking opportunity,” Duvall said. “You want to create an environment where they can really meet individuals and spend some quality time building relationships. That gives them the opportunity to contact people after the conference is long over.”

Networking among peers, trainers and even exhibitors can become invaluable to conference attendees who are looking for solutions to do their jobs better. Project teams of three to 15 people from a utility that may be looking to change or upgrade systems for their call center, a process Duvall said could take up to a year, are interested not only in the software but the people they’ll be working with to implement it.

“The reason people come to this conference is truly the education, and they can take things they learn back to the utilities, do a better job and in some cases even be a better employee,” he said.

That’s not to say there isn’t any fun to be had at Duvall’s conference. This year’s CIS Week will be held at Orlando, Fla. Besides holding a special entertainment event and three receptions, the conference holds drawings for everything from iPods to a 2007 Mitsubishi Eclipse Spyder.

Duvall has had the opportunity to meet and talk with all of them. “Getting to meet our keynote speakers, that’s probably been one of the most fascinating things [about the job],” Duvall said.

Duvall recalls being most surprised by former President Bush. “He could be your next door neighbor,” he said. After Bush spoke at the conference, he and Duvall lingered, shooting the breeze, after a private reception ended. They were the only ones left, except for the three people who had managed the room. “He personally went over and shook hands with all three of them,” Duvall said.

Home on the Ranch

When Duvall isn’t managing the conference, he can be found with his wife of 43 years, Carol, on their 30-acre horse ranch west of Sherman. Duvall and Carol discovered Sherman through boating trips on Lake Texoma and purchased a home on the lake when they first moved to the area for Duvall’s CIS Conference job.

Duvall, who grew up in Dallas, finds life in Sherman preferable to the big city because of the quality of life and friends he’s made. He cites the fact that he’s even friends with his doctors and can call them after hours. “It’s difficult to get those things in a large city,” he said.

The Duvalls frequently open their home to their four granddaughters who like to escape the city life by visiting the ranch. “I enjoy taking the grandgirls for individual walks,” Duvall said. “I’ve found that’s a good way to talk about things in a non-threatening environment.”

His wife even hosts a four-day “Camp Carol” at the ranch in the summer. All the girls in the family visit to do arts and crafts, drive four-wheelers and ride Wave Runners on the ranch lake, Duvall said.

What it’s all About

Duvall attributes the success he’s had in marriage, with his children and in his job to hard work and his Christian faith. “The most joyous people ought to be people that have a relationship with Christ,” he said. “It ought to create the best relationship that you have with anybody. It ought to influence every aspect of your life.”

At 63, Duvall finds that time has changed some areas of his life and given him a better appreciation for others. “I’m at the point now that I don’t have much more that I need to prove,” he said. “You get to where you can be more open and transparent as you get older. You find out that some things aren’t quite as important as you thought they were and realize how much more important personal relationships really are.”

That being said, Duvall still appreciates a job well done, especially when everything about his job is all on the line for one week a year. “When we get through pulling the conference off, standing back in the background and watching everybody have a good time, when people leave and say it’s the best conference they’ve ever been to, that’s what it’s about,” he said.

It looks like a castle keep with its crenellated top, just the place from which to pour boiling oil down on the heads of any knaves and varlets trying to capture Loy Park. But there has not been an attack of knaves and varlets in quite a while, so what is up with Grayson County’s medieval monument? The stone tower in the park stands on a small hill just off the road to the fairgrounds. It is separated from the lake by a cluster of oak and pecan trees.