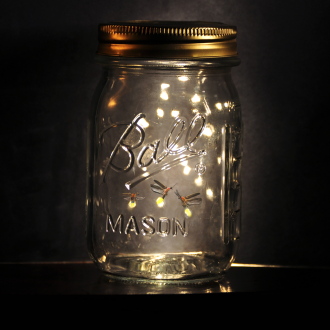 Running through the dusk with an empty jar, trying to catch a fleck of living light has long been a part of summer memories for children enchanted by the light show that goes on in the countryside at twilight. Called lightning bugs in the South, fireflies in the North, luciérnagas in Spanish, and mouches à feu in Cajun, the beetles of the lamprydae family are complex creatures worthy of investigation.

Dr. Steve Goldsmith, biologist and professor at Austin College, has the scientific perspective on the lives and lights of these staples of childhood summers. As it turns out, those flashing lights aren’t just for show. “They flash primarily for mate location,” said Goldsmith. “The adult males flash in the air in order to locate females down on the ground, who flash in response. If you know the flash pattern you can identify the different species of lamprydae by their flashes. Sometimes two or more different species will be active in the same area, and they use the pattern to find fellow members of their species.” 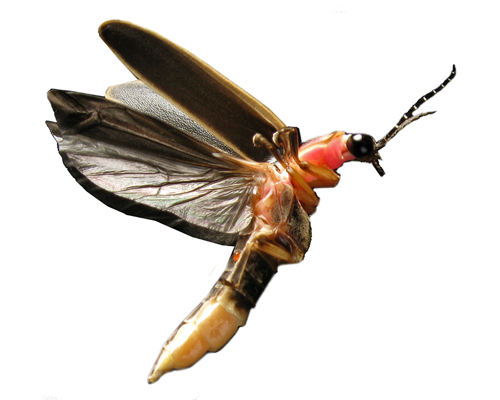 The bugs produce a glow with a chemical reaction caused by their unique body chemistry. “They have a cluster of cells which are visible because the exoskeleton over that part of the body is transparent. In those cells is a protein called luciferin, which is broken down by the enzyme luciferase and emits light,” Goldsmith said.

Referred to by some scientists as “cold light,” the reaction that produces a lightning bug’s glow emits no heat, making it almost 100% efficient as a light source. Compare that to the average incandescent bulb which only produces 10% light and gives off 90% heat.

The study of this chemical reaction also has some very practical benefits. Because they react with proteins in cells, the chemicals from lightning bugs have been used in many different ways: in cancer research to detect changes in abnormal cells, in NASA missions aimed at finding signs of life on other planets, and in identifying bacterial contamination in food.

If you’d like to spot these scientific sensations, you’re in luck in Texoma. “Any marshy or reasonably wooded area has a chance of activity,” said Goldsmith. “We have them in our backyard.” He added, “There’s only a twenty-minute to an hour-long period right at dusk when they are active.” So be on time.

“Of a Silent Night”

Marion Wilson would not let a troop train pass through her town without being on hand to greet the soldiers, and on a cold Christmas Eve she brought most of the town with her.