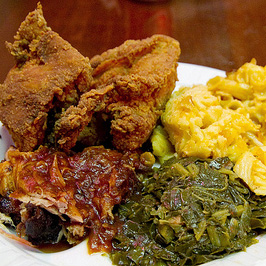 This Letter From the Publisher appeared in the Summer 2007 issue of Texoma Living!.

What I learned at the Rotary Club meeting

One of the benefits of being the publisher of a popular magazine is the opportunity to speak to community groups. I am invited to speak often. Why am I surprised? It’s not that I’m not an interesting guest—you could do worse—but I clearly understand that the main mission of the meeting is to have fellowship and eat picnic food on a weekday.

Recently I spoke to the Sherman Rotary Club at their weekly meeting at the Municipal Ballroom. My friend, business associate and company lawyer Craig Watson invited me. Rather than sit with me on dais, he abandoned me for a seat in the back, near the large tinfoil pan of fried chicken.

The point of inviting a guest—aside from filling time between the main course and dessert—is to learn something about a local business or organization. On my visit to the Rotarians I learned something as well. I discovered that Rotary International and I have some common ideals

Before things got started and shortly after that painful moment when the guest is embarrassed to reveal that he doesn’t know the lyrics to “She’ll Be Coming Around the Mountain,” the membership recited The Four-Way Test. A little background:

The Four-Way Test is a motto of sorts. Rotarian Herbert J. Taylor created it in 1932 when he was asked to take charge of a company that was facing bankruptcy. Taylor developed a 24-word test for employees to follow in their business and professional lives, and it became the guide for sales, production, advertising, and all relations with dealers and customers. Those words became one of the most widely printed and quoted statements of business ethics ever written. Taylor credited the credo with saving his company.

Adopted by Rotary in 1943, The Four-Way Test has been translated into more than a hundred languages and published in thousands of ways. It asks the following questions:

2. Is it FAIR to all concerned?

3. Will it build GOODWILL and BETTER FRIENDSHIPS?

4. Will it be BENEFICIAL to all concerned?

Simple and easy to remember. As business-people we strive to create an environment that allows us and our employees to grow and find satisfaction in our daily lives. So much of our life is spent at the workplace it’s imperative that our work-life enhance our personal life. Trying our best to maintain the principles of The Four-Way Test points us in the right direction.

After the opening ceremonies I managed to ramble my way through 45 minutes of explaining my vision for this magazine. No one had to signal me when to stop—I have a standing rule for these situations: I just keep talking until more than half the room has fallen asleep.