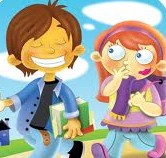 When a boy had the courage to pass the note to the girl asking, “Do you like me? Check Yes or No,” and she passed it back with either choice checked, he knew where he stood. What if she unfolded the note, read it, and then ate it, or worse yet, let it lie on the desk unopened entirely? Would the boy feel as rejected if she made no choice at all? That’s the modern day dilemma when someone sends you an email invitation to join their social networking website.

Most of us browse through dozens of emails everyday; some get hundreds (they’re really popular). Almost daily I receive an invitation to join a social or business network. Ninety percent of the time I opt-in and take the few minutes to respond and connect. When I don’t respond I feel guilty. I feel compelled to check “yes” or “no.” But sometimes the note just lies on my desk (opened, read, not responded to) or I eat it (trash).

This is the point at which I want to tell anyone who has invited me to join their network that if I have not replied, it’s nothing personal. Had you passed the note to me in school I absolutely would have checked “yes,” even if I didn’t really like you all that much. Does that sound insincere?
This is of course a mental exercise as in my twelve years of schooling I never once received a note from a girl. I did get one from Robby Snow, but that’s another story.

LinkedIn is the leading business networking site with over 47 million registered users and growing daily. Naymz is a LinkedIn wannabe with just over 1 million users networking. Facebook, MySpace, and others also encourage their users to recruit new members.

There are over one hundred Internet places to go to share your affinity with others. If you’re into writing and supporting open source software you hang out at Advogato (13,575 users). Or a movie addict might login at Flixster (63 million). If you’re into charities you might belong to SocialVibe (435,000) or visit Windows Live Spaces (120 million).

Networking is good. Every great job you will ever get will most likely come from a referral, not a want ad. Keeping active (and visible) keeps people thinking about you and that’s a good thing.