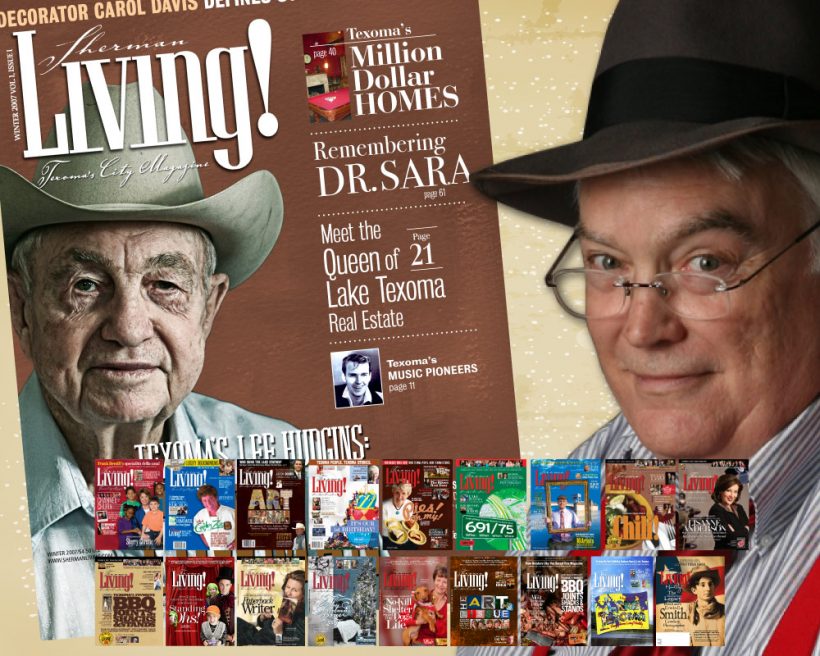 While the term “Renaissance Man” is often overused, Edward Michael “Mike” Southerland came close if not having fully achieved such a recognition among his many friends.

Edward Southerland, known to family members and close friends as Mike but addressed as Edward by those who followed his writings in various local publications over the past 18 years, left this world behind shortly before midnight July 15, 2020, after a brief illness under hospice care at Texoma Medical Center.

He was a classic example of the oldest son following his father’s profession. His dad was a prominent attorney in Fannin County, and Edward practiced law in Atlanta, GA, but never in Texas. Even during his lawyer years, he rightfully felt he was more suited to artistic endeavors, literary and visual.

His first job as a youngster was delivering newspapers in downtown Bonham. Throughout his life he plunged into many trades and hobbies, including years of working for the railroad, writing and producing films for television in Atlanta, serving as a feature writer/columnist/editor for multiple print sources, authoring a book, performing as a professional storyteller and sharing his love for food as an amateur chef.

He spent his last 18-plus years in Grayson County involved with various organizations and interests, from the Red River Storytelling Outfit, Denison Arts Council and Ghost Town Arts Collective to personal appearances for the Sherman Museum, Grayson County Historical Association and Frontier Village in Denison. There were many more.

He worked more than 10 years, over two terms, for the Herald Democrat newspaper, as a popular columnist, feature writer and food critic. He was the first and only editor of Texoma Living! Magazine and served there throughout its publication. He also contributed stories to other sources, including North Texas E-News and The Trenton Tribune.

Edward In The Kitchen

Edward’s reputation as a culinary expert was recognized from Georgia to Texas. He not only wrote food columns for multiple platforms, he would dedicate trips to finding new and unusual restaurants and cafes, where he relished adventures in eating. He developed several food items that were sold at Douglass Distributing’s Lone Star convenience stores.

He was a collector of fountain pens, and could tell any listener the history of that writing instrument and its development over the years. He made multiple trips to Dallas for pen shows and meetings with other aficionados. He bequeathed his collection to the Dallas Pen Club He also fabricated his own book shelves, taking great pride in their appearance and sturdiness.

Following his father’s lead in still another way, he held a great interest throughout his life to history and government, from England to America, and was well-versed on the wars and important events in which those nations were involved. He never lost his penchant for reading historical accounts, both fiction and non-fiction, and he was fascinated by novels concerning the court system. His reading habits also included all things to do with the motion picture industry, especially books about the era known as The Golden Years of Hollywood, from the 1930s to the late 1950s.

He began producing films during his college years at the University of Texas in Austin. Among his most inventive works at UT was a short called “The Door,” in which a door, located in the middle of nowhere and leading to nowhere, was entered from both directions, with people involved disappearing and later reappearing. His collegiate theatrical interest carried over to his time in Atlanta where he wrote, produced and directed episodes that aired on public access television in the city.

Several years after moving back to Texas, in 2011, he was part of a quartet of folks that grew to become known as The Movie Group. From an original foursome, the group grew to 16 in number before the current Pandemic temporarily shut it down in March. Meeting monthly to dine and then watch movies from every genre, Edward shared his vast knowledge of film with members from college to retirement age. 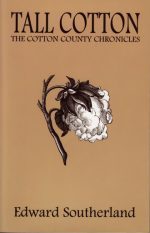 2015 and over a two-year period, he served as a judge for the Interurban Film Festival in Sherman which drew entries from around the nation. After returning to Texas he also published his book of short stories, “Tall Cotton,” subtitled “The Cotton County Chronicles.” Many of the stories were those he had written for his storytelling sessions.

Edward Michael Southerland was born Jan. 7, 1945, in Oak Ridge, TN, where his father was serving in the U.S. Army as part of the unit working on the development of the atomic bomb. His parents were Edward Southerland, a native of Trenton in Fannin County, and Jean LaRoe Southerland, a native of nearby Leonard. Following his father’s tour of duty and completion of work on The Manhattan Project, the family settled in Bonham. Edward in 1963 graduated from Bonham High School, where he took part in both athletics (football) and drama.

After graduation, he attended New Mexico Military Institute in Roswell, N.M., for a year before fulfilling an appointment to the U.S. Naval Academy in Annapolis, MD. But he left his heart in Texas, and after a short stay at the Naval Academy, he transferred to the University of Texas at Austin.

He was an avid sports fan and a follower of Southwest Conference football for many years before the league disbanded. His interest in the Dallas Cowboys dated back to the early days of the franchise when the family would attend games in the Cotton Bowl.

As a young man, when not attending college, he worked for the Frisco Railroad, traveling the nation and absorbing much of the culture that would influence both his writing and his lifestyle. He eventually landed in Atlanta, Ga., where he practiced law and resided for most of his young adulthood. He returned to Texas in 2001 and spent the remainder of his years as a resident of Sherman.

Rest in peace, Mike, and thank you for allowing us the privilege and the good fortune of sharing in the pleasure of your company.