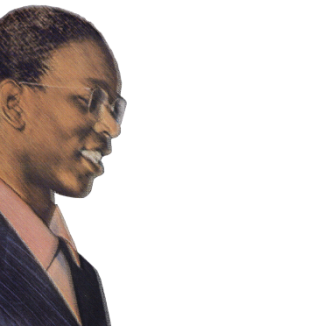 It is not too far a stretch to say that everybody who plays the electric guitar owes something to Charlie Christian.

He was born in Bonham in 1916, but when his father, a waiter, suddenly became blind in 1918, the family moved to Oklahoma City. Christian began his musical career on the cornet, but soon gave it up for his father’s favorite instrument, the guitar.

The guitar took the young man to Los Angeles where he met one of the country’s most influential jazz critics and writers, John Hamilton. Bowled over by Christian’s uncompromising talent, Hamilton took the young man to the Victor Hugo restaurant in L.A. to meet Benny Goodman on August 16, 1939. Without telling the band leader, Hamilton set Christian on the bandstand. Goodman had the band play “Roseland,” a number he thought the guitar man would not be able to follow, but follow he did. After one pass, Christian took a solo, and then another and after 18 breaks, each different from the others, he had a job with the King of Swing.

Despite his success, Christian’s legacy to jazz faded after he died of TB and pneumonia in 1942 at the age of 25. When he died, Christian was brought home to Bonham to be buried. A few years ago, a Japanese jazz lover traveled half way around the world to find the grave of this all but forgotten musician, and Charlie Christian was forgotten no more. There is an exhibit about Christian in the Fannin County Historical Museum, each year Oklahoma City hosts a jazz festival in his honor, and once again, the young man with guitar is celebrated by music lovers everywhere.

Over the years, the Red River Valley has contributed more than most know to the music of the land, particularly in jazz, early rock ‘n’ roll and Western swing. Everyone knows Reba McIntire, the Oklahoma girl with the big voice, and Sherman remembers native son Buck Owens with his own section of U.S. Highway 82. Decades before these stars became icons others blazed trails of their own. Texoma has had its fair share of contributors to the world of music. These are just a few.

For Colleen Barnes, who hosts Enchanted Dress-Up Tea Parties and Glamour Girl parties at Simply Puzzled, her boutique at 2010 Loy Lake Road, “it’s a girl thing. When these little girls are all dressed up, they feel good, they feel beautiful, and their personalities come out. Some are silly, some are shy, but it’s a good thing—it builds confidence,” she said.